The Hazel-Atlas Sand Mines: A tour of photographs

The heat of a summer’s day faded away with the noises of the outside world as I strode into this tunnel in time. I visited the Hazel-Atlas Sand Mines in the Black Diamond Regional Park, where they once gathered silicone to make ketchup bottles and also castings for the steel foundries. I was there to take photographs for a magazine.

Rails running through the the sand stone tunnels

Rails run along the floor for the carts that once carried the sand to daylight, while the sandstone ceilings show the marks of ancient water drops. Vast caverns and stopes open up, supported by thick timbers and patterned columns of sand, left in place to provide structure. The feel is of a different world and a different time. The signs on the walls are almost in another language—”Escapeway” has replaced “Exit.”

This means "exit" in mine talk

I visited these carved tunnels nearly an hundred years after they were dug, as the park they are now located in was renovating them to make them safe for visitors to tour through them. The photoshoot was in in preparation for the reopening of the mines to the public. (There are some areas however that are still shut off, where various universities are running experiments, or areas simply aren’t safe or are needed for storage or other reasons.) We had a behind the scenes tour, while the work was still going on.

Workers carry a rail through the tunnels, as they re-lay the tracks. The bright light in their hands is actually reflecting off of the end of the steel piece of rail

All of the light down there is man made, with lights strung together through many of the tunnels (though some were almost without any lights other than those we carried with us). To photograph the mines I had to use a collaboration of a tripod and fill flash. Longer exposures on the tripod to maximize the available light, and the flash to fill in dark areas as needed. It was a fun and challenging experiment. When ever possible I relied solely upon the long exposures.

Some of the tunnels had wood supports. These make for interesting dynamic images

There was of course a lot of park to explore above ground also, complete with a graveyard of the workers that had helped create these mines, along with a coal mine that had been in the same location. There was also a huge variety of birds and other wildlife, including this coyote that I was able to photograph while yawning. 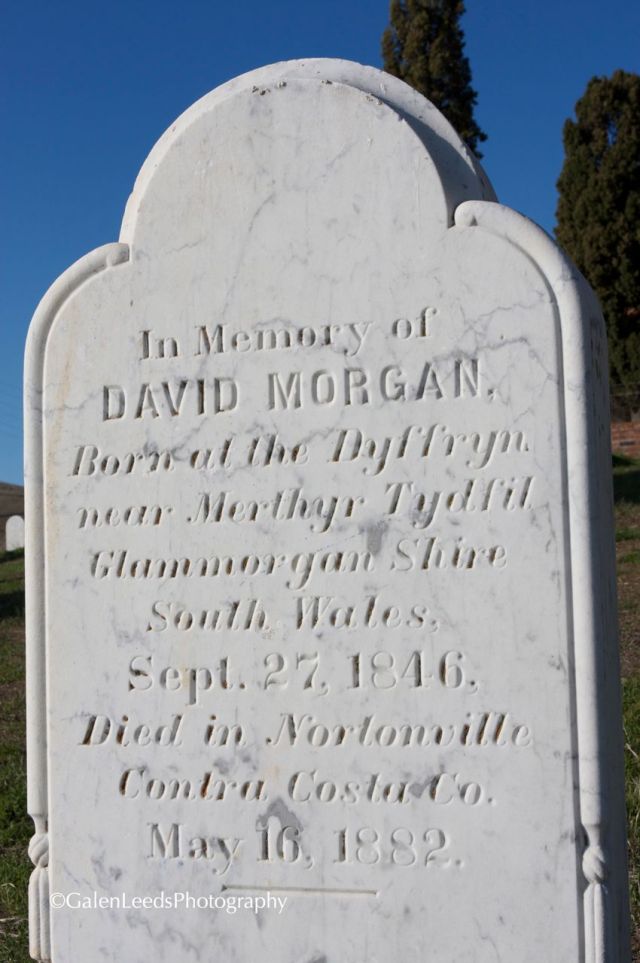 The grave of one of the mine workers

A very interesting place to visit, especially on a hot summers day, when the coolness underground can be a reprieve from the heat of the sun. It is a park that I highly recommend to others, as a slice of history that many of us never realize existed. Also, while there are stories in the papers and movies about mines, they are something many of us have never visited, and this is at least a partial look into that world. 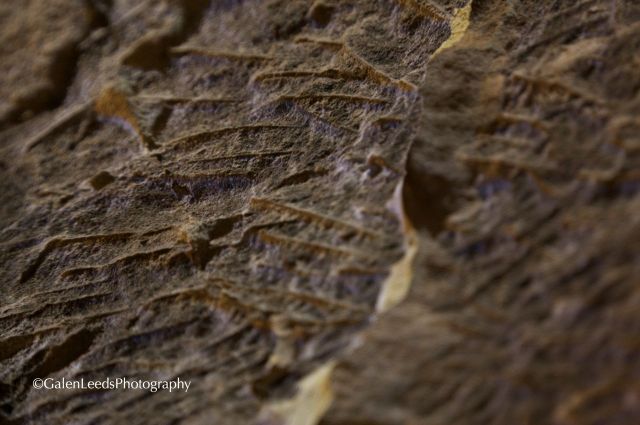 The Black Diamond Sand Mines had two lives, first as a coal mine then as a sandstone mine.

By hand, with only picks, shovels, and carts for the most part, miners carved out this vast cavernous system. 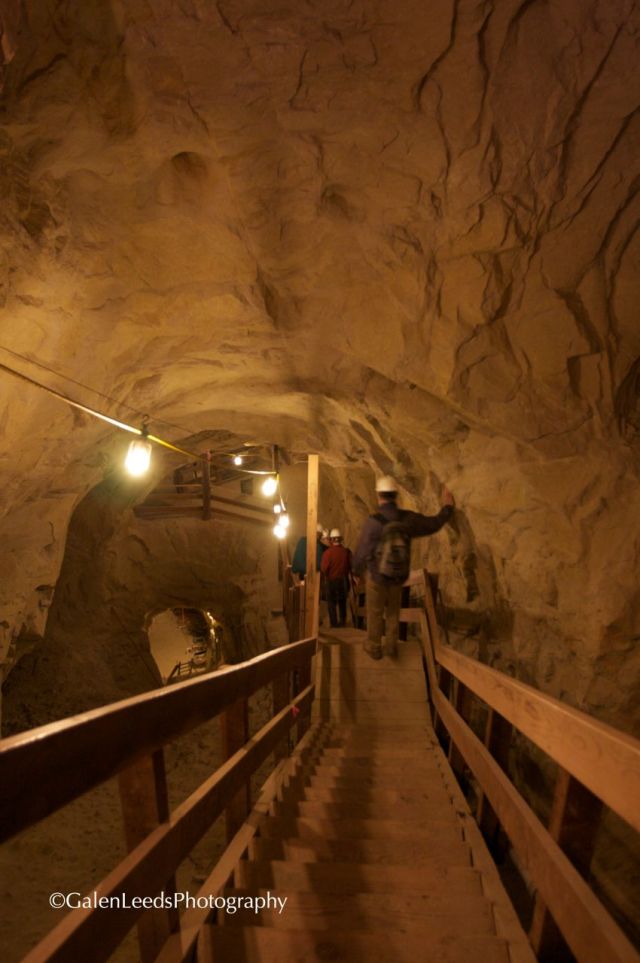 We wandered down stairways that were taller than four story buildings. There were some pretty good vertical drops throughout the mine

There was a long stretch of time however between when the sand mines were operational (I believe they shut down in the 1920’s) and when the park was established and began to turn the mines into somewhere that could be toured. In the interim it was a place that teenagers would sneak of to and drink or have parties. There are several areas of the caves where the ceilings are stained with soot from people having fires. The park had to clean up bottles, cans and more to make it an inviting public place. 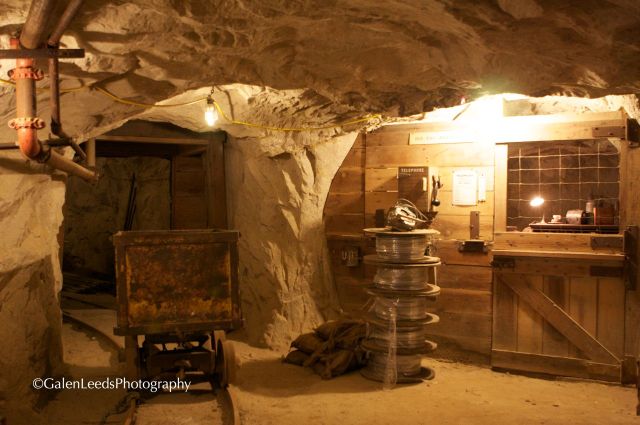 The old mine office is behind the heavy door. The cart is one that was used to haul sand out, endless cart load after endless cartload

Nature and wildlife photographer, exploring the world on his feet and from his kayak. Among other genres, he is one of the leading kayak photographers in Northern California. To learn more about him, visit him on his website- www.galenleeds.net
View all posts by Galen Leeds Photography →
This entry was posted in California, documentary, Location, My favorite Parks, Park, Photo Essay, photography, SLR, wildlife photography and tagged Black Diamond Park, cave, cavern, east bay regional park district, ebrpd, Hazel-Atlas, historic, mine, park, photography, sand mine, underground. Bookmark the permalink.

5 Responses to The Hazel-Atlas Sand Mines: A tour of photographs