Approaching wild animals on foot, without walking towards them…

The key to approaching wild animals, is to remember that they are wild. Profound isn’t it? Well, for this lesson, it boils down to this- if you walk directly towards an animal, that is an aggressive form of behavior. In the animal world it generally means that you want to defend your territory, invade another’s territory, steal prey, steal a mate, or turn what you are walking towards into dinner. The natural response if it is a rabbit, deer or bird is to flee. If it is a predator or large mammal (such as an elk or moose,) the response can be to attack.

Regardless of the end result- being left with no wildlife to photograph, or you lying mangled on the ground with a broken camera- walking directly towards wildlife is not the way to go. Instead walk at an oblique angle to your subject, so that in the course of 30 feet you get perhaps three to ten feet closer. Also, walk farther than your closest point to the animal. It’s a little tricky to explain, so let’s look at a diagram I made- 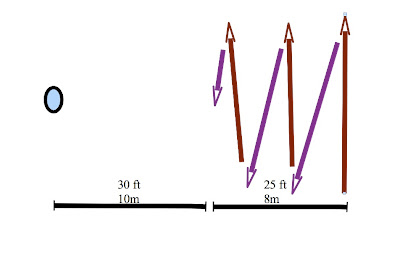 If you follow the arrows, you can see that by never walking directly towards the subject on the left, you can still get considerably closer without (hopefully) making that subject feel threatened. Notice that on each leg of the trip, the midpoint (which would be the closest point to the animal) is not the stopping point. You keep walking, continuing until your back is almost toward the animal. It takes a little longer, but is more effective. This makes the animal feel that they are not the focus of your movements, that you are continuing beyond them, that you are doing something other than trying to get closer. Also, since you are zig zagging from side to side, you are viewing the subject from more angles that you can take pictures from, each with slight differences in lighting and background. (And yes, I realize that this is just a drawing I made on my computer, and not an exact representation of reality. Distances will depend on terrain, the animal, its species, and many other factors.)

When you are using this method, make sure that you do not stare at the animal. They will become nervous or aggressive if you focus too much attention on them, and you will lose any advantage that you may have gained. Look to the side, examine the grass, at your feet, even take a couple of pictures of that grass. Focus your camera lots of places, not just on the animal. Move your attention around. Also, keep your movements slow and smooth, pausing often. Sudden movements will still spook or alarm animals, especially if you are closer to them.

It is important to remember however, that if you get too close, any animal can feel threatened. Still use your telephoto lens (I prefer a 200 mm or more.) You don’t want to scare off the wildlife, stress it out, or get attacked, so maintain your distance. Because you can get closer doesn’t mean that you should be foolish. Don’t expect to be able to go five feet from a Grizzly without being attacked, just because you try this method. A hawk is still wild, and won’t want you right next to it. This is not a magic trick, and you must still show respect for the animal and the fact that it is wild. If it seems to be getting nervous, you should stop, and even perform a slow retreat. (Too fast of a retreat can be as alarming as too fast of an approach.)

Be sure to watch the animals and the signals it is giving you. Not only will watching their behavior let you know when you are getting too close, but it can also let you know when the animal may be about to do something exciting, like catching a fish or a rat.

Below you can see several images I took of a Great Blue Heron on a windy day, using this technique. Notice the changes in angles, and the change in size of the heron (from getting closer.) I did not crop any of these images. They are how they were when they were taken from the camera. 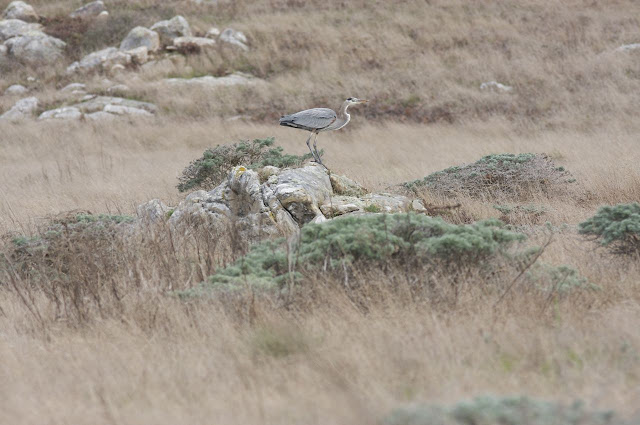 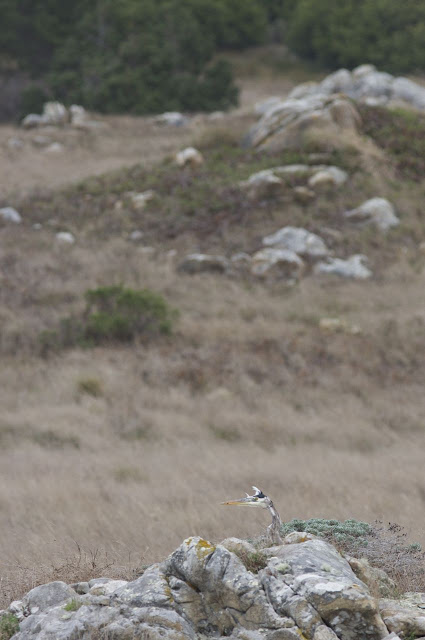 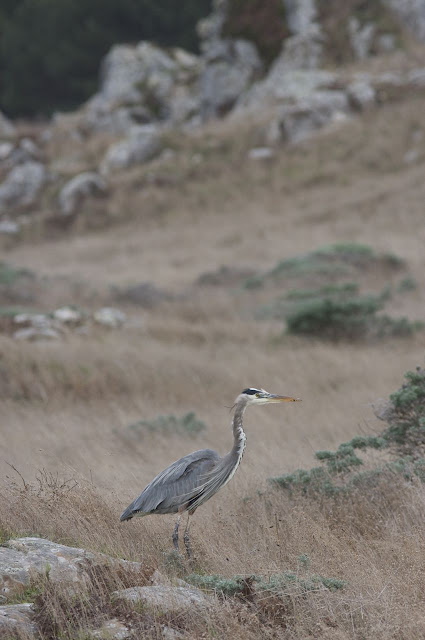 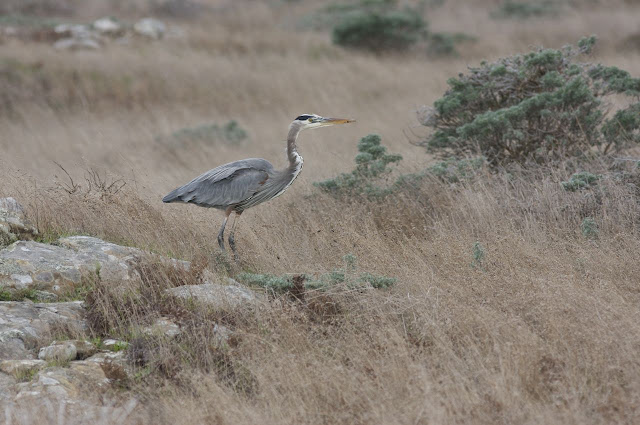 Close to the heron, time to retreat

Nature and wildlife photographer, exploring the world on his feet and from his kayak. Among other genres, he is one of the leading kayak photographers in Northern California. To learn more about him, visit him on his website- www.galenleeds.net
View all posts by Galen Leeds Photography →
This entry was posted in photography. Bookmark the permalink.