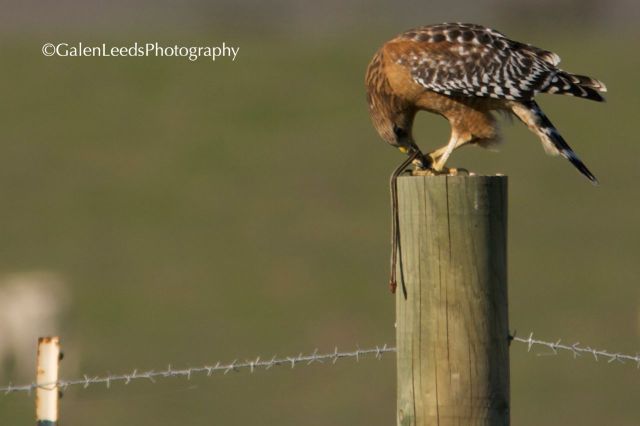 While the snake is looking a little limp in this image, there were later evidences that it was still alive or at least still had some synaptic impulses left in its body

When a raptor eats a snake, or at least so my sources tell me, they often begin by positioning the snake so that they may eat it… head first. It makes sense really. The scales of a snake are designed for forward motion, not back, and they would catch and snare the entire way down if an animal tried to swallow them tail first. 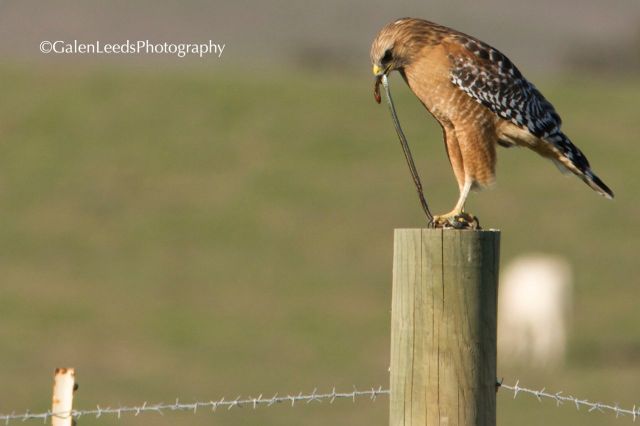 While gripping the snake firmly, it positions the head, and makes ready to begin its meal

The snake in these pictures is a Garter Snake. I do not know the exact variety, but it is a fairly common species out here in Northern California. I have seen raptors with some larger species of snake, that were too big to swallow whole, strip the flesh from the snake (such as this Red-tail eating a large gopher snake), but garters seem to be small enough to allow this dramatic method.

And down goes the head

I saw this Red-shoulder as I was driving down the road one day. I pulled over in a safe spot and crossed the road, keeping a copse of trees between us. Hawks have very good eyesight, and I did not want to spook it off.

It takes a lot of head movement to swallow a snake

There was a dry stream bed running through the small, thin stand of trees, so I stayed as low as I could, often not having any view of the raptor (if I could see it, it might be able to see me). I stopped before I got too close. I knew I could always crop my images down to have more detail when viewing the pictures. 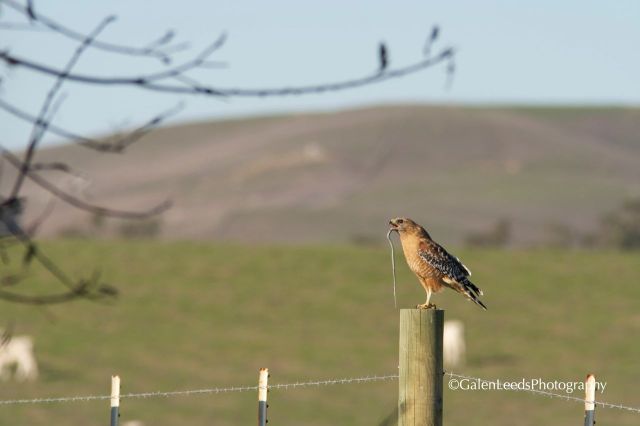 This is the uncropped image

Bit by bit, the snake went down. And shutter click by shutter click I captured the action. I likely took more pictures than I should have. This is only a small collection of the total, but some images are often lost to such things as a birds nicatating membrane, blur, misfocus, or other undesireable detail. 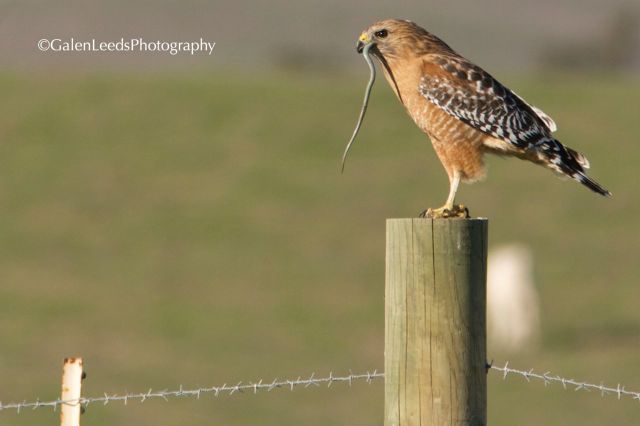 And then the snake was pretty much gone