Gulls and starfish: An almost disturbing essay in photos

Gulls eating starfish are by no means a phenomenon, as I come across them at least a few times a year. It does not however seem to be their staple diet. It can be a little disturbing to watch at times, as they don’t ever seem to eb able to get them down easily, and every now and then the starfish appears to become lodged, at least temporarily in the throat of a gull. This photo essay is titled “almost disturbing” (and may be fully disturbing to some) because I show some of these gulls swallowing whole live starfish, and some of them seem to become lodged in the throat of the gull. They are interesting photographs, but not always pretty. (But such is life.) I’ll start with some of the more benign photos to give folks a chance to not see the later ones… 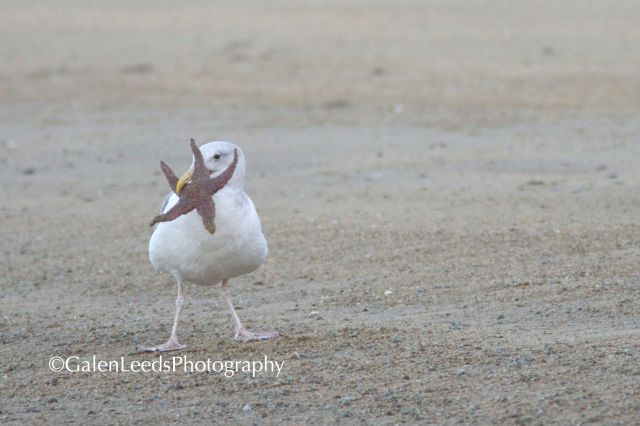 A gull with a prize of a starfish, preparative to dining

I mostly come across gulls eating starfish at especially low tides (usually the neap tide), when the water is out a little farther than usual, which is enough to leave them exposed. Occasionally I will see a starfish peeling from a rock, when it is exposed at low tide, and its own weight, unsupported by the water that would normally be around it, becomes too much for its sucker like (and hand like) psuedopods to maintain its grip on the rocks.

A starfish peeling from the rock face it was stuck to, as its own weight is too much at low tide

Gulls are opportunists, and seeing these easily accessible meals, (it is too hard to peel them from a rock if they are latched on) will scoop them up and attempt to eat them, often times being successful. 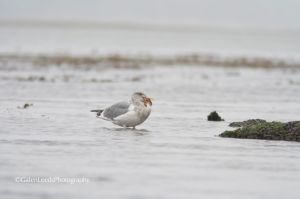 It looks decidedly uncomfortable however, taking several minutes to swallow, with the starfish often becoming lodged in the throat for several seconds to several minutes before it makes it all the way to the belly.

Notice the "tumor" in the gulls neck... Yup, that's a starfish

I have also come across instances where the gull doesn’t seem to be able to get the starfish all the way down. I don’t know if this is life threatening. Perhaps the gull finishes swallowing after I leave, or perhaps it can spit it back up… I am not sure… Perhaps it becomes lodged there till the gull and the starfish are both dead. I am not entirely sure of the final results all of the time. The following photographs are from one such gull that I came across and photographed while kayaking in Drake’s Estero in the Point Reyes National Seashore.

It looks a little crazed in the eyes as it tried to swallow this starfish down, but can't seem to make any progress 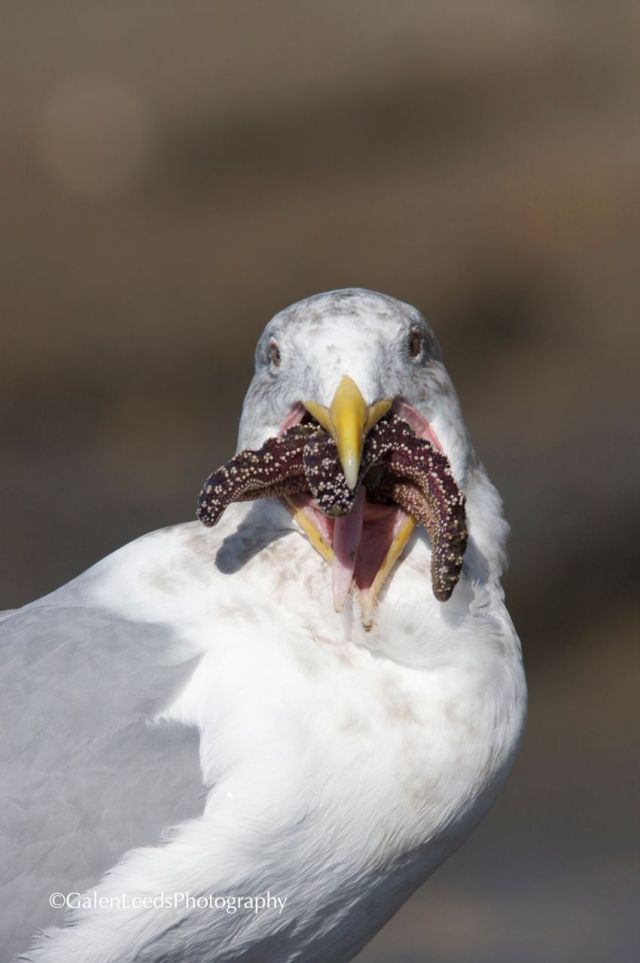 I see the size of its beak, and the amount of starfish remaining, and I have my doubts 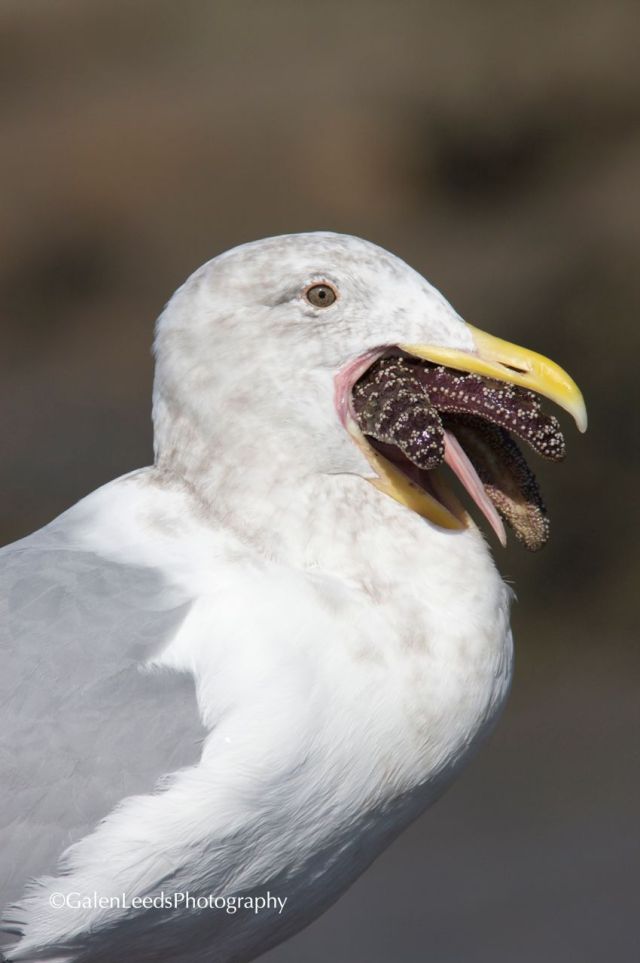 The gull seems to even be having trouble keeping its own tongue in its mouth, much less downing the starfish

I never saw the end results of this starfish/gull encounter. I don’t know who came across the victor in this battle, or for that matter if either of them did. I watched this struggle going on for nearly twenty minutes, but worried my continued presence might begin to overly disturb the combatants, and so left them to their silent battle. (I couldn’t hear any noises from either of them.)

Most of the photographs in this post were captured either in Tomales Bay or Drake’s Estero, both within the Point Reyes National Seashore. There were at least two species of gull eating the starfish, if not more. Please let me know if any of you out there have ever seen this behavior.

For more animal tongues, you can have a look at these animals-

15 Responses to Gulls and starfish: An almost disturbing essay in photos