A great place for kids of all shapes

Ardenwood Historic Park is a family oriented, interactive park. It is part history, part petting zoo. It is educational and hands on… and oddly enough it is rather suburban. Nestled into the outskirts of Fremont, it is a mix of nature, farm, ranch, and suburbia. Its crooked horse and plow furrows are surrounded by the mechanically straight lines of modern tractors and plows, which are in turn surrounded by subdivisions and gas stations. It is a world unto itself with its horse drawn railroad.

The clang of metal on metal echoed dully from the blacksmith’s shop as we crossed the farm yard atArdenwood Historic Farm. Beyond the goat pens, crooked rows of corn converged in the distance. It was obvious that they had not been made by modern-day tractors. That could wait though, there were sheep to be shorn. Literally. Crowded around a large enclosure were people of all ages, watching a man in funny shoes as he clipped the fleece from a placid sheep. He had slowed his pace, just so the folks crowded around the fence could follow what he was doing.

The fur (or wool) flew as the shearing demonstration went on

People crowded the fence, watching a mix of history and modern country life occurring there before their eyes 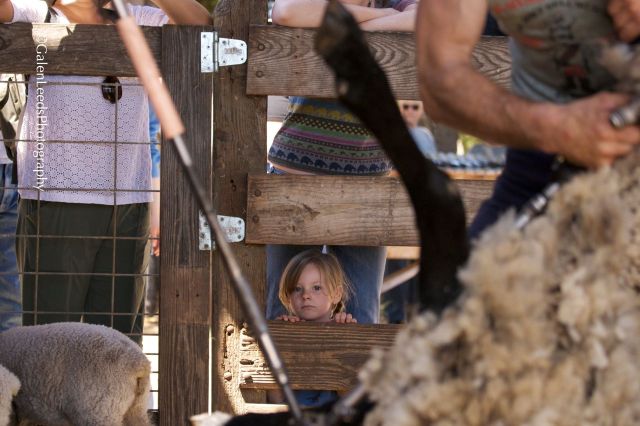 A young girl watches as the sheep are shorn

The park is this odd mixture of tourists  dressed in modern garb and weekend volunteers trying for a more period dress. It gives the place an odd juxtaposition that somehow feels comfortable… yet almost like a country amusement park. 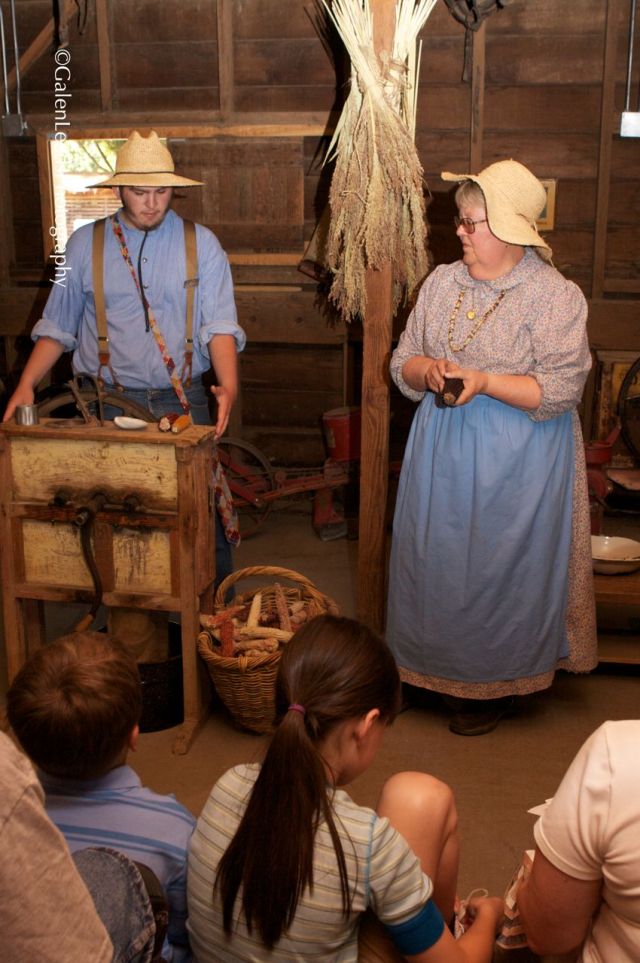 People dressed in period costume show how the tools of the time were used to separate the horn from the cob,. This is followed by the kids being allowed to feed the kernels to the chickens

The people give this place a vivacity as they interact with it, teaching young and old alike how it was in the day… the hard work mixed with the play. The machine separating the corn from the cob almost seems more like play to the folks that have never seen such devices before.

Interaction is key, whether it is with animals or period machinery

Ardenwood is fun, but with kids to learn with, it is even better.

The horse drawn train about to pull from the station

Nature and wildlife photographer, exploring the world on his feet and from his kayak. Among other genres, he is one of the leading kayak photographers in Northern California. To learn more about him, visit him on his website- www.galenleeds.net
View all posts by Galen Leeds Photography →
This entry was posted in Location, My favorite Parks, Park, Photo Essay, photography, portraits, SLR and tagged ardenwood, Eat Bay, ebrpd, farm, historical park, livestock, photography, ranch, Regional Park, train. Bookmark the permalink.

1 Response to Ardenwood Historic Park: A tour in photos