Anatomy of a photo #78:The American Avocet

The American Avocet is one of our long legged wading shorebirds. Proportionally its legs are closer to those of a Stilt than to one of the Sandpipers. They like to winter near where I live, so on occasion it offers me a good shooting target from my kayak when I am out photographing wildlife. While they will breed in the area where I live, they are most commonly seen during the winter months, when larger numbers arrive at the coast. 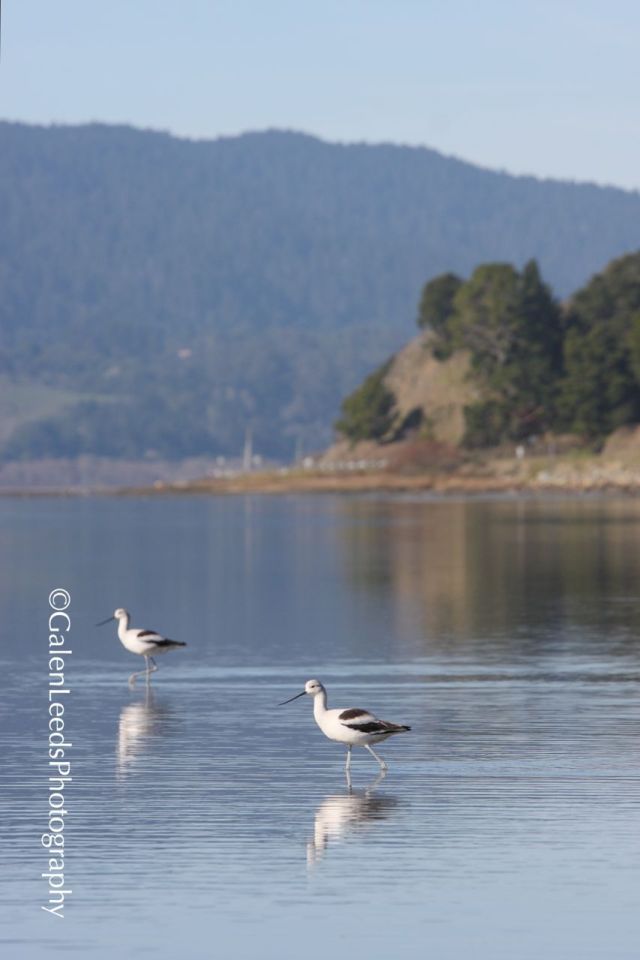 Must be Happy Hour. Two Avocets for the price of one

The Avocet in these pictures were all photographed from my kayak, while paddling the tidal waters of the Bolinas Lagoon. I used an SLR camera with a 200mm lens, handheld. (For details on cameras and kayaks try reading Kayak wildlife photography tips.) Often for wildlife I will use a longer lens than this, but I wanted to be able to include some of the background, even if it was made blurry by distance. Including the background was important to me in these images, because I was trying to give the birds a sense of place or location, sharing the habitat and waters that they can be found in. You can notice the rusted shape in the background of some of the pictures? This is a dredger that sank decades ago in the lagoon. It helps identify the place.

Notice the long neck and the upturned bill. Field marks of the Avocet

I exposed mostly for the white on the bird, as this is where wanted to be sure that I had some detail. If the white was overexposed (which is very easy to do with a white bird on a sunny day) the bird would appear very flat, except for the black markings. Background and everything else were secondary to properly exposing the bird. If the background had been underexposed, that is something that could have been dealt with. Over exposing however, is a spot where once detail is lost, it can not be recovered. 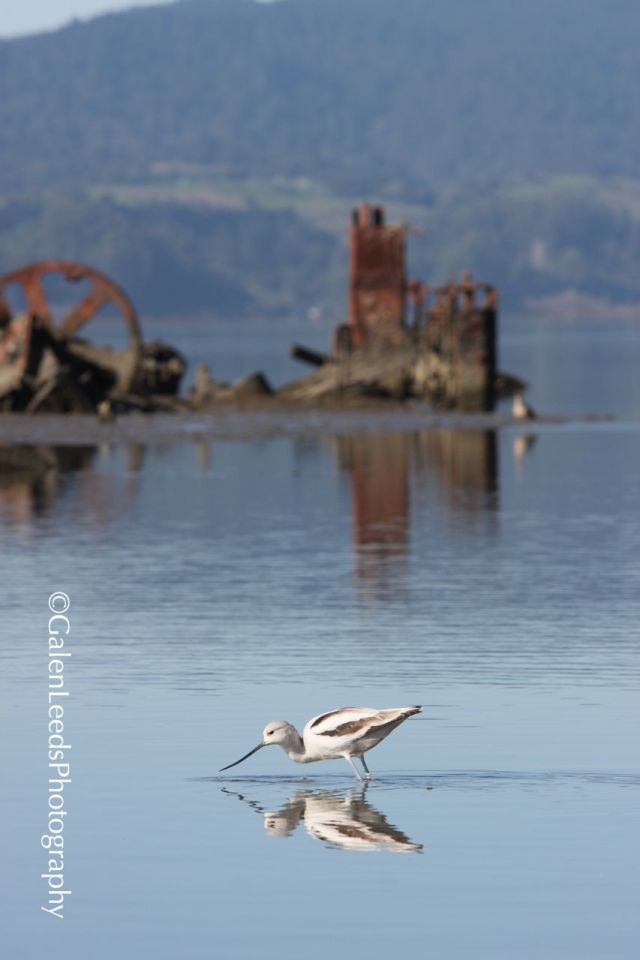 I tried to make sure that some of the images were action images, pregnant with the potential for movement

Shutter speed was 1/500th of a second, the slower end of the range that I would try to shoot an active bird like the avocet from. This is because I was shooting for a magazine, and wanted to make sure I had minimal noise by shooting at a very low ISO (200). I also wanted to make sure that the aperture was at least decently stopped down so that there would be at least some shoe to the background, even if there was no definition. (Shot these at f/8. If I had been using my usual bird lens of 300mm, much less of the background would have been recognizable, due to the shallower depth of field.)

6 Responses to Anatomy of a photo #78:The American Avocet