I imagine some of you have had the same experience as I’ve had, where one day you picked up a camera and began taking photographs, and that those photographs brought you deeper into the natural world. Before I became addicted to photography I enjoyed hiking, camping, and being out in nature, but I didn’t understand the natural world too well, and my knowledge was more superficial than I could ever have imagined.

When I would head out hiking, I would enjoy the coolness of the shade under the trees, the singing of the birds in their branches, the sounds of small animals rustling in the undergrowth, and glory in the majesty of a hawk circling in the sky. I enjoyed nature, but I was a tourist when I would head out- oohing and awing as I pointed to the sights. I enjoyed nature, but I never tried to make it past first base (so to speak). I knew the names of a few species of the most common birds- robins, jays, seagulls, swallows… not even realizing that many of the names I knew weren’t even specific names, but general tags for types of birds. I suppose if someone asked me, I would have suggested that there were thirty or forty types of birds in the area I lived in… never realizing, that in just my corner of the world there are over four hundred species of bird, and approximately 10,000 in the world. It was the same with trees and insects. I knew general types, but not specifics. I had no idea how much diversity was in the world around me.

When I first took this photograph, I thought of it as just “a hawk,” never realizing that there are over twenty species of raptor seen regularly near where I live

Then I began hiking with a camera. I’d photograph a bird or a flower, and I would wonder what it was that I had just captured. I’d get home, and I’d start looking for answers. I began buying field guides and looking online. The more I learned, the more I realized how little I knew. Not only had I not realized how rich and full the world around me was, I’d never known what to look for to differentiate between different plants and animals. And so I learned more about the structure of the different organisms around me, as I learned how to identify them. And then, through reading and observing I began to learn the interactions between many of the lifeforms around me.

Here are three different species of cormorant. I had to learn the ways in which they were different, which also led to an understanding of how they are the same

In order to photograph an otter eating, I first had to learn that we had otters in the area where I live, then that the local otter is the North American River Otter. Then I had to figure out what they ate, what habitats they fed in, and what times of day (or night) they are most active in. Then I had to spend time observing them and photographing them. I had to discover how close I could approach without disturbing them in their natural state.

And as I learned about the river otters and came across them with more regularity, I was able to capture them in more aspects of their life- grooming, at play and at rest. The more I knew, the better the images I came away with.

Until finally I was able to get some great action shots, and even video. I’m going to keep learning about otters, and improve the images I’ve taken, but I’m reaching a point where I feel as though I can represent them pretty well through my photography. 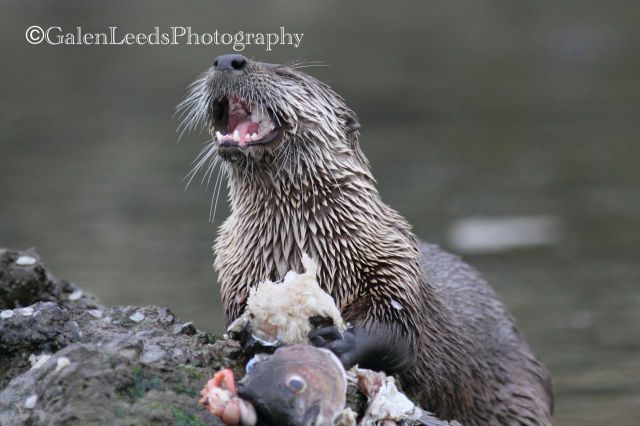 And it’s been the same with so many birds, animals, and plants. When I photograph a new one, I hunger to learn about. As I learn about it, I want to photograph it even more, and my photos keep improving. Also, knowing who and what the local critters are, helps a photographer to realizer when an unusual one shows up. I’d photographed Common Loons (Gavia mimer) many times and was quite familiar with them. Then one day, a loon that looked very similar to a Common Loon showed up, but it just seemed big. And so I began to shoot some pictures and to study this loon, and I began to notice some other differences. Its beak seemed a little thicker and heavier, and the color was a little off. I was photographing a Yellow-billed Loon (Gavia adamsii) a rarity in my area. It stuck around for a while, and as I learned about it, I was able to encounter it several more times. 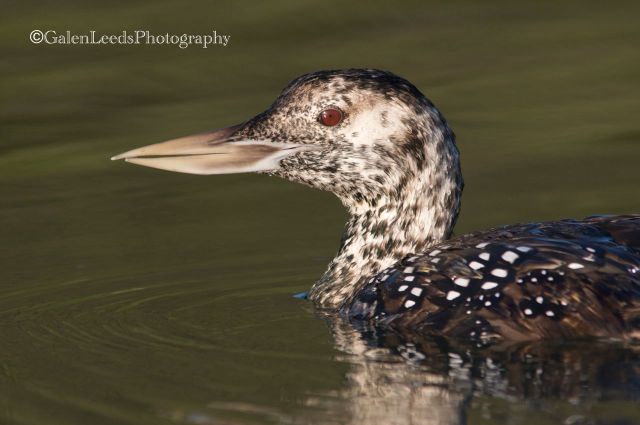 Now when I travel, if I can’t find bird and nature guides to buy before I travel, my first stop when I land is at a local bookstore, so that I can find books about the natural world that I am visiting. When I visited New Zealand, I landed not knowing a single bird (except perhaps those blasted English Sparrows that you can’t escape from). By the end of the two weeks I could identify well over half of the birds in my book without having to reference its pages, and many of them I could also ID by sound. 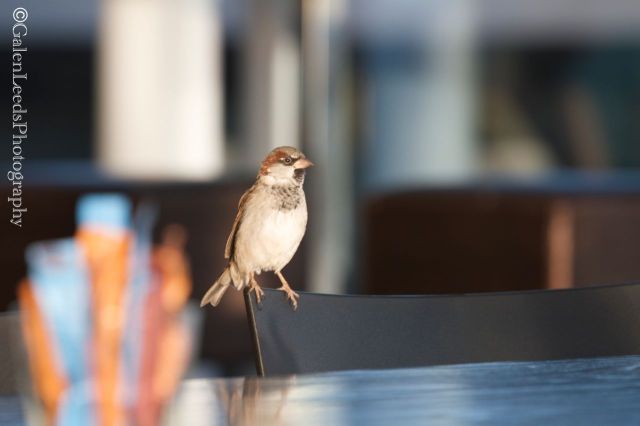 Inside Aukland’s airport we came across our first bird- the English Sparrow. Just because it looked nearly the same and lived wild inside a building didn’t stop me from snapping a shot 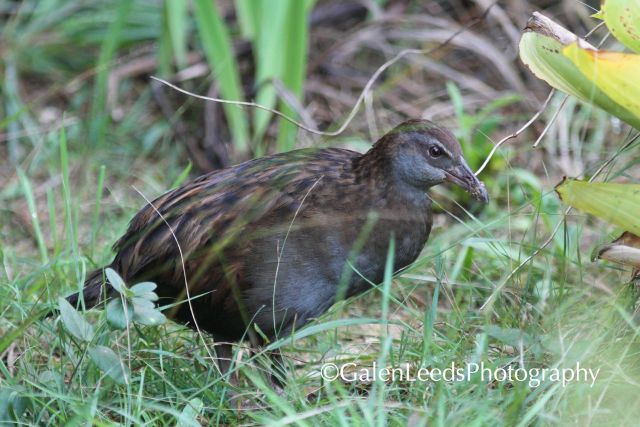 Much of this pushed its way into my thoughts the other day, after I took a friend out for a kayaking adventure. I was able to paddle along beside him, telling him about the various birds and marine mammals we were seeing. I was able to point out some of the geographical differences between the different parts of Tomales Bay. The ecosystem was there in my head, both above water and underwater, and it was all because of my photography, and the drive it has given me to learn more about the world. At the end of our outing, my friend expressed his amazement not only of the beautiful bay, but also of the fact that he felt as though he had his own nature channel with voice over playing around him as we explored.

Slowly my book shelves fill with field guides, and my brain with names and faces that are to be found only outside the confines of my home, and the fuller I become the hungrier I get. I hope I never lose my appetite! Thanks to photography, my outlook on the natural world has increased immeasurably, as well as my understanding of that world. Thank you for letting me share what I learn about nature with all of you, and hopefully the more we understand nature, the better we will be equipped to save it and share it with future generations.

12 Responses to Learning nature through photography