Focusing on portraits: Animal and otherwise

Portraits of animals are more than simply pictures of animals. They engage the audience.

A portrait tries, with a single snapshot in time, to tell a story. This is true, whether the image is of an old ranch hand, a cow, or a wild animal. Usually this will be a tightly focused image, where the subject has a large, strong presence in the frame. 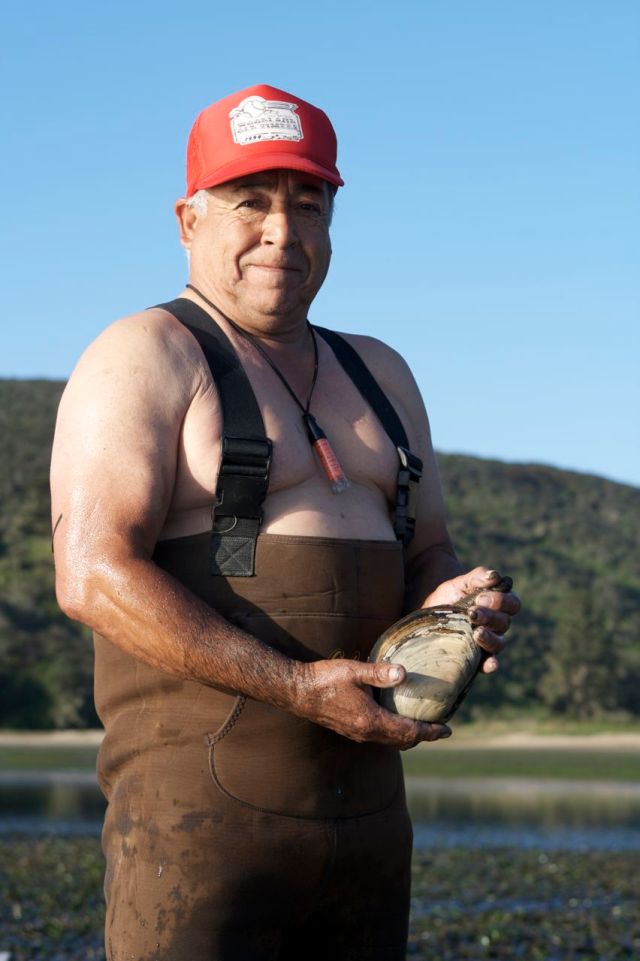 Notice how the focus is all on this man and the clam he's holding in his hands. The background is just seen enough to tell you that he is at the water.

A portrait is not all of the details of a life or event, it is a moment when you’ve grabbed onto the essence of someone or something. It creates and captures a thought, a feeling. It can be a whole image or a zoomed in, focused down part. Usually the face, the head, the eyes play a strong role, because this is where we look for thought, expression. This is the part that speaks most to us, the part that connects us.

Focus in on the eyes. Make them clear and sharp, bring them out in the portrait. Try to arrange the image so that you can see light reflected in the eye. Position yourself in relation to them so that there is some natural light there. Watch them, so that if they shift their head a little, move their eyes a little, you will be ready when something flashes in there. You can always use a flash to get that light in the eye. It can be photoshopped in after, but it’s better, more honest to the subject of the picture if that light was really there.

Engage the person you are photographing in a conversation about what is important to them. If they are speaking about things that matter to them, it will animate them, give them expression. 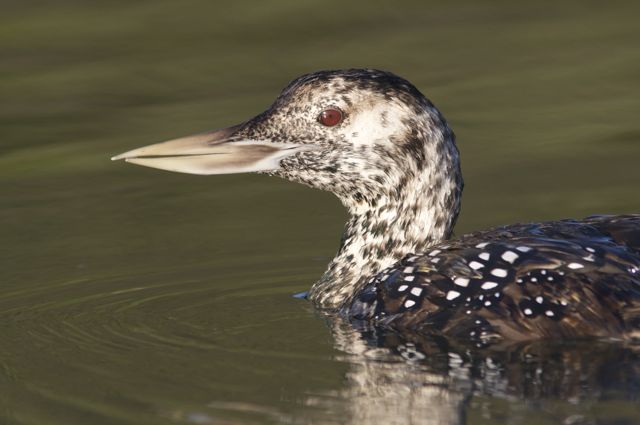 This Yellow-billed Loon knows I am there, but I am not threatening it. We are engaged with each other, we've established an understanding of sorts

If you are taking a picture of a wild animal, engage that animal, by discreetly, and non-threateningly letting it know that you are there. Let it see a little bit of movement, but a movement that is not directed toward the animal, but that shows your attention is focused somewhere else.

Blur out the back ground, or have a neutral background, UNLESS that back ground is part of the story- cowboy with a horse or saddle, or an old woman with a quilt she sewed. Don’t let the background take over the subject though. Keep your focus, and direct your audiences attention. To blur the background, either use a very fast lens, or a longer lens so that you have a shallower depth of field. Keep the aperture open, instead of stopping it down. The shallower the depth of field, the more you can direct the observers attention to your points of focus.

This clam has no face, no expression of its own really, but using depth of field I've focused the audiences attention so firmly on it, that it becomes a portrait

Play around, have fun. Find how to take a picture of a person or animal in a way that speaks to you, and it will likely speak to other people.

There is no eye contact, but a story is being told, one that we all know. Using focus and depth of field, I've played around to turn what is an unsavory task, into a well composed, story and portrait