In honor of the Golden Gates 75th

Today there were many celebrations for the Golden Gate Bridge’s 75th anniversary of its opening up to the public. While I was not able to attend the celebrations, I thought I would post some of the photographs I have taken over the years of this iconic creation. 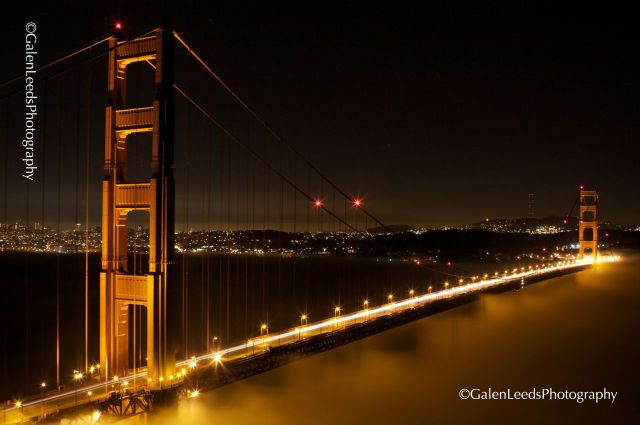 I’ve noticed that nearly all of the photographs I’ve made of this bridge have been from the northern side, up in the Marin Headlands. There have of course been the occasional forays to Fort Point on the San Francisco side, and even a few shots taken while passing under the bridge on the way to and from fishing… I suppose I am largely a creature of habit however.

Watching the surfers from the San Francisco side of the bridge

No matter where I stand however, this bridge has always impressed me, as it sits there, guarding us, guarding the ocean, acting as a portal to our dreams. 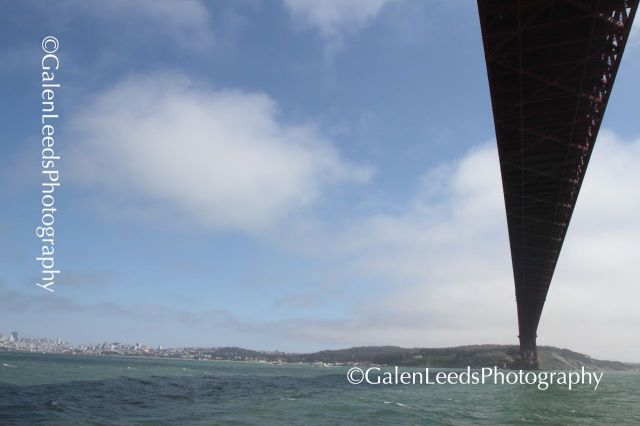 Such a different bridge from underneath, so little of its red color noticeable as it is cast in shadow

Nature and wildlife photographer, exploring the world on his feet and from his kayak. Among other genres, he is one of the leading kayak photographers in Northern California. To learn more about him, visit him on his website- www.galenleeds.net
View all posts by Galen Leeds Photography →
This entry was posted in landscapes, Location, nature photography, photography and tagged 75th anniversary, golden gate bridge, marin headlands, nature, outdoors, photography, sunrise, travel. Bookmark the permalink.

3 Responses to In honor of the Golden Gates 75th