Cape Breton and its highlands

I’ve just left the most amazing place- Cape Breton Island, the eastern and northern most part of Nova Scotia. I’ve spent the last few days exploring it by car and by foot, and feel sorry that I have to leave, since there is still so much that I haven’t seen or experienced, but my time is limited, and I must move on.

It’s rained on me a bit over the last few days, and while this has made it a little more complicated to bring my camera everywhere, it has also created a thousand streams, hundreds of waterfalls, and even a few rainbows (and one snowbow). Nova Scotia is already a land of water, this has just made it more so.

I’ve crossed countless bridges, pausing to admire the streams and rivers they’ve crossed. I’ve found myself on ferries, when I’ve taken wrong turns, but its been all to the good, adding to the adventure. Bald Eagles have flown along with my car, and sent me scrambling for pullouts and my camera, often moments too late. I’ve met people that have put a smile on my face, as they’ve been warm and hospitable. And I’ve taken photographs. Sometimes of places that had names, but often just because somewhere or something caught my eye.

This morning I had what was the closest I’ve been to a sunrise. The sun broke through some clouds, while I was stopped to photograph a pair of Bald Eagles. The light turned that warm golden color that we love as photographers, so I allowed myself to become distracted from the birds (they were rather distant at this point anyways) long enough to take some landscapes. These are just some teaser photos, as I am having a technical issue with getting the real photographs from my main camera to my computer. Don’t despair, when I arrive home in a few days, all will be well. 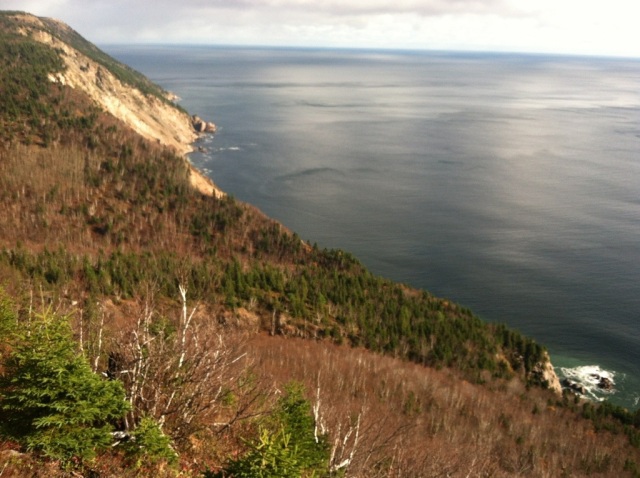 I largely toured Cape Breton Island by way of the Cabot Trail, the name of which can be a little misleading, as it is really a road that you drive (a long road, eight or more hours of driving time). It winds from the sea up into the highlands (steep plateaus with striking vistas down to the sea hundreds of meters below), and back down to the sea, in an almost endless dance of terrains and altitudes. It has been argued by many that it is the most scenic drive in North America, and I must admit that it is very striking. I am with holding judgement however, as I still have many corners of this continent to explore. 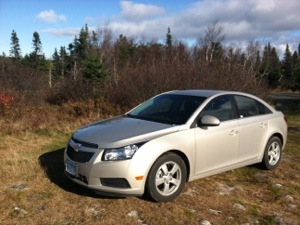 I must admit however that when I walked back to my rental car today after one of my many hikes, it did look as though I had stepped into a car commercial, with the rugged landscape, and the rare sunshine (it had been snowing on me ten minutes before).

Over the next few days I will work my way back towards Maine, exploring a little more of Nova Scotia, New Brunswick, and the Bay of Fundy. I know not what road I will take, what path I will find under my feet, but rest assured, if I find one of interest, I will share it with you… 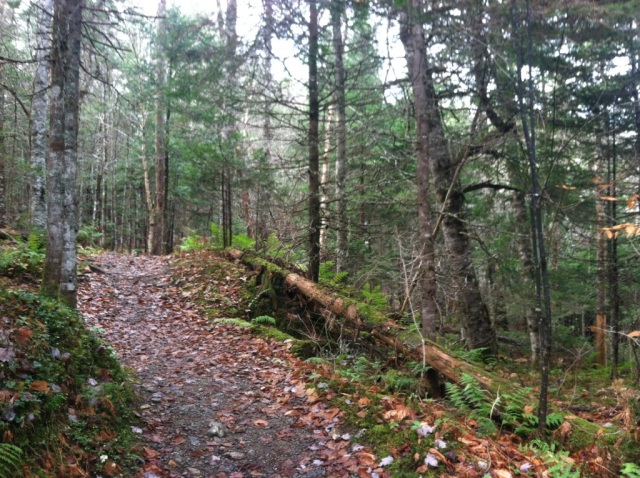 Nature and wildlife photographer, exploring the world on his feet and from his kayak. Among other genres, he is one of the leading kayak photographers in Northern California. To learn more about him, visit him on his website- www.galenleeds.net
View all posts by Galen Leeds Photography →
This entry was posted in Canada, My favorite Parks, nature photography, Nova Scotia, photography and tagged nature, Nova Scotia, outdoors, photography, travel, weather. Bookmark the permalink.

3 Responses to Cape Breton and its highlands